Now that the Galaxy S9 and S9+ are available in stores, customers are starting to wonder about the Note 9. The Galaxy S9 failed to impress many Samsung customers, which is why more people are putting their faith in the next flagship. Just a few months before its release, the internet is already awash with rumors. While some are based on patents and reliable speculation, others are a little too wild to believe. From in-screen fingerprint sensors to bendable designs, there’s no shortage of speculation on what the Note 9 will feature.

As 2018 rolls on, tech news sites are figuring out which Note 9 rumors are most likely to be true. Even though the Note 9 isn’t going to be a game changer, it’s certainly going to sport some exciting features. To help separate fact from fiction, we compiled a list of the most credible rumors about the Note 9. These predictions have been backed up by patents and industry insiders, which makes them more likely to come to fruition. In the end, we won’t know for sure until the Note 9 is unveiled to the public. Despite this inescapable fact, it’s always interesting to see which predictions end up coming true!

Rumor #2: Ditching Bezels Completely – Back in January, Let’s Go Digital made an interesting discovery. Apparently Samsung filed a patent with the World Intellectual Property Organization (WIPO) for a bezel-less smartphone. This innovative design was achieved by puncturing holes in the display to accommodate earpieces, microphones and front-facing cameras.

Even though it’s unclear whether Samsung will utilize this new design on their next flagship, many renderings have been produced. In April, DBS Designing created multiple replicas of what they imagine the Note 9 will look like. These were based on the patents and other reports, which all feature the bezel-less design. While it’s still purely speculation, it would be a captivating feature to generate sales.

Rumor #1: In-Screen Fingerprint Sensor – Even though Samsung has been working on this feature for years, when it will finally come true remains a mystery. During the production of the Note 9, multiple reports have been made regarding the in-screen fingerprint sensor. In March, KGI Securities analyst Ming-Chi Kuo announced that Samsung had ditched the idea on the Note 9.

A few weeks later, The Korea Herald stated that Samsung discovered three solutions to create the illusive fingerprint sensor. The Korean tech giant was supposed to decide whether this innovative feature would be used by the end of March. There’s been no news since, so customers will have to wait in suspense until the phone is unveiled. 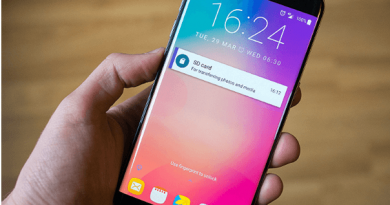 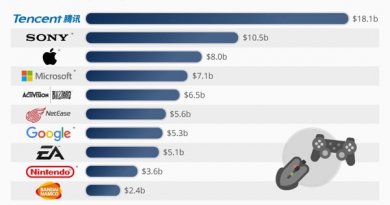 Samsung’s Earbuds Are Back With the Gear IconX 2018