The iPhone X claims to be a game changer, but many of its features are all too familiar. It’s Apple’s flashiest, priciest and most celebrated release. Since it’s representing a decade of Apple’s contribution to the smartphone industry, they held nothing back. There’s a flashier screen, no bezels and face recognition. To the average consumer all these features sound great, but Android users can’t help but feel déjà vu. There’s a reason for this, since many of the iPhone X’s coveted features have already been released by other brands.

This new flagship may be showcasing Apple’s firsts, but these additions have already been pioneered by plenty of Android devices. Borrowing ideas from previous releases isn’t new, since every company does it. Nowadays so many smartphone companies are emerging that it’s impossible not to copy some available feature. While this does excuse Apple’s lack of creativity, it doesn’t completely justify their larger than life price tag. There are plenty of phones that sport the exact same features for a fraction of the price.

We understand that Apple pioneered smartphones, but a lot has changed since their first release. Instead of remaining at the top of the food chain, Apple has been passed up by the competition. Now there are a slew of products that feature the same if not better features. To help separate hype from facts, we created a list of features the iPhone X stole from Samsung. We aren’t trying to slander the iPhone, but some of their claims need to be clarified. Prepare to be shocked, your Android phone has more in common with the iPhone X than previously thought!

What the iPhone X Copied from Samsung

Feature #1: OLED Screens – Back in the 2013, Tim Cook claimed that OLED screens were “awful”. Apple religiously stuck to LCD screens, even using them on the iPhone 8 and 8 Plus. Ironically, over the years this sentiment changed drastically.

Now that OLED displays have proved to be the best option, Apple is using it on the iPhone X. They don’t produce these screens, so they had to turn to Samsung for help. The Korean giant has been manufacturing OLED screens for years, and now they are helping the iPhone X catch up. Every time someone boasts about the advantages of the iPhone, they have to admit Samsung helped create their dream phone. There’s nothing wrong with the two tech giants teaming up, but it does make it easy to question Apple’s superiority.

Feature #2: No Home Button – Apple has reluctantly ditched one of their signature features, and it’s about time. Ever since their first release, the giant home button has been iconic for Apple phones. For a while their competition adopted similar home buttons, but recently more companies are ditching it. By switching to physical or capacitive navigation buttons, Android phones have paved the way for more screen space. This has been implemented on many smartphones, most notably the Galaxy S8.

Feature #3: Slim Bezels – Now that Apple isn’t trapped with a home button, the doors have been opened to new designs. They can now join Xiaomi, Samsung and LG with a slim bezel phone. Their screen to body ratio has finally caught up with the competition, which was a pivotal move to stay relevant. 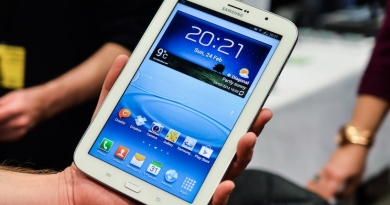 Our Samsung Best Phablet Pick in 2014 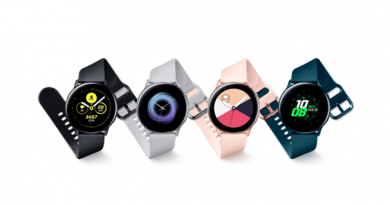 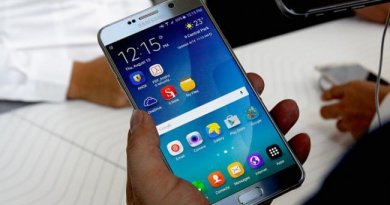