Ever since the epic failure of the Note 7, Samsung is being forced to come up with something exceptional. The Note 7 debacle cost Samsung billions & tarnished the company’s reputation. They finally closed this catastrophic chapter by disabling all Note 7’s in North America. Now that the dust has finally settled, the spotlight is back on the Galaxy S8. Since this line of smartphones are adored by fans worldwide, Samsung has to make the next release even more groundbreaking.

Get a Glimpse of the Galaxy S8

Even though the release date isn’t set, rumors are already swirling about the Galaxy S8. Samsung is set to unveil this new model in February at the Mobile World Congress in Barcelona, but they are refusing to give any details. Unsurprisingly, fans can’t wait. This intense curiosity on what the future holds is paving the way for a slew of leaks. Multiple sources are making claims about a laundry list of new features that the S8 will sport. An all-screen design, AI assistants & removing the 3.5mm headphone jack are all being predicted by credible sources.

Out of all these claims, hands down the most controversial will be getting rid of the headphone jack. It’s no secret that people are deeply in love with their headphones. So prying them away from this outdated technology is easier said than done. Apple received serious criticism for removing the 3.5mm headphone jack from the iPhone 7. But despite the wild cries from a few distressed fans, Apple believes this change was worth it. Luckily for the future of smartphones, it’s always time to try something new.

Apparently Samsung agrees with Apple’s stance on headphone jacks. Multiple sources claim that the Galaxy S8 will be the first Korean smartphone to make the change. This wise move will allow them to make the S8 thinner while giving more room for a larger battery. This will also make it easier for them to integrate stereo speakers. Since Samsung just bought out Harman, they are ready to take their sound endeavors to a whole new level.

Another interesting claim is that the Galaxy S8 will ditch its signature home button. By incorporating a bezel-less display, Samsung will win more space for a more vibrant screen. Allegedly they plan to replace the home button with a pressure sensitive point below the glass. This is yet another idea that was pioneered by the iPhone 7, which makes it even more likely for Samsung. Wrap around displays that harness the organic light-emitting diode technology are the future. Since they allow more room for other cool features, their role is essential for smartphones to evolve.

While these two features are a given, people are still skeptical about the AI virtual assistant. In October Samsung acquired Viv Labs Inc, which was founded by the developers of Apple’s Siri. This bold move appears to be paving the way for an improved virtual assistant. Samsung is working furiously on creating a virtual assistant that harnesses the true power of AI technology. Allegedly this upgraded virtual assistant will be powered by voice commands. While this isn’t new,  it will also be able to perform a slew of new tasks. Even though these claims are impressive, for now there is no proof. Hopefully Samsung’s foray into AI will come to fruition in time for the Galaxy S8.

Samsung is preparing to make an impression with the Galaxy S8. It’s no secret that they are running against the clock, it’s time to save their reputation. If these new features are true, the Galaxy S8 will be an extremely controversial release. However, this isn’t the time for Samsung to play it safe. These bold changes are exactly what they need, but only time will tell if their customers will jump on board. 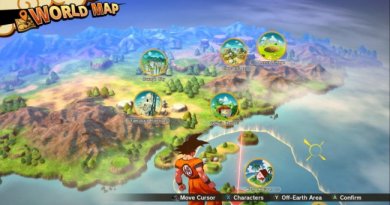 How to play real money 21 on a Samsung device?