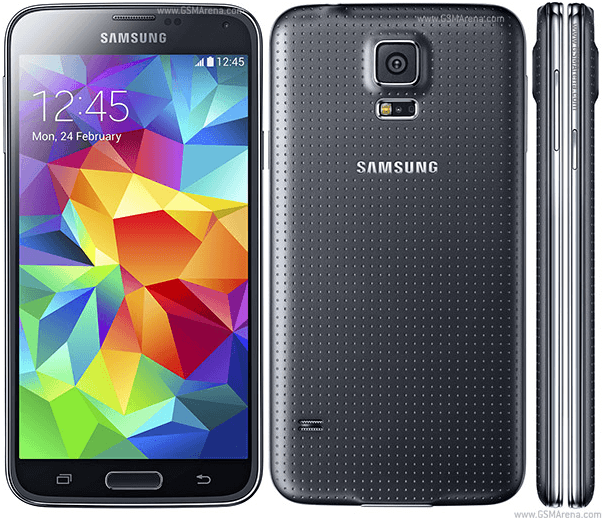 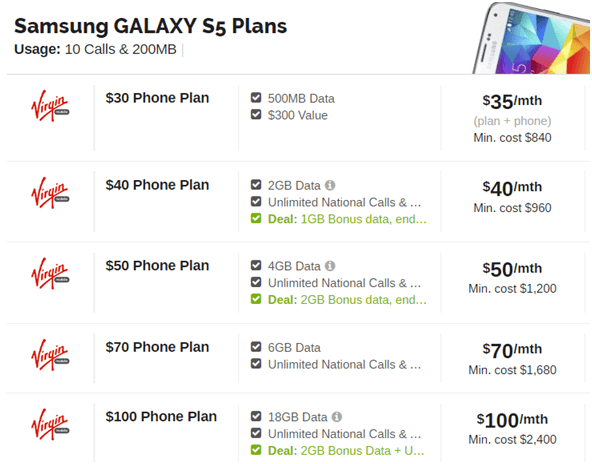 The Galaxy S5 is a 5.1-inch smartphone from Samsung, powered by a 2.5GHz Snapdragon 801 processor 2GB of RAM and holds 16GB of internal storage (expandable up to 128GB via a microSD card). It runs Android 4.4.2 with a TouchWiz UI overlay.

It runs on just about every 4G network you can imagine, and also packs in a proprietary Download Boost feature that fuses together speeds from your 4G network and your Wi-Fi connection to make nabbing files faster.

The S5 is also having Bluetooth 4.0, a 16-megapixel camera with Isocell technology, an integrated heart rate monitor built into the flash unit which reads your pulse from your finger, a fingerprint scanner under the home button, and a IP67 waterproof rating, meaning you can immerse it in water up to one metre for a period not exceeding 30 minutes.

It’s also dustproof and protected by Corning Gorilla Glass 3, which means you can be a tad rougher with it than you would a Galaxy S4, an iPhone 5s or the HTC One M8.

Also Virgin Mobile is offering the same deal on 16GB iPhone, you can choose which one you wish to go for.  The iPhone SE is a brand-new phone, released this year, whereas the Galaxy S5 is almost three years old. As such, it is rapidly approaching the end of its support lifecycle, and will potentially never get another software or security update.

On the other hand, the iPhone SE shares most of its hardware with last year’s iPhone 6s, including processor, and camera. The iPhone SE offered better battery life than the iPhone 6s. 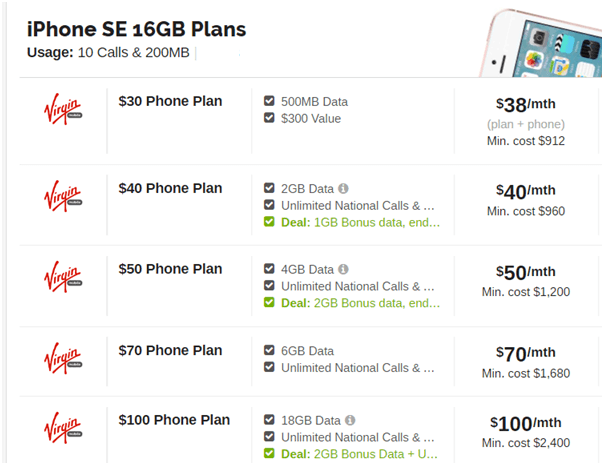 The Galaxy S5 does have a few benefits worth considering though, as said above including a removable battery, expandable storage, and IP67 water-resistance. You need to hurry for this offer as it ends on January 31, 2017. Get bonus data on selected Postpaid plans when you sign up by this date. 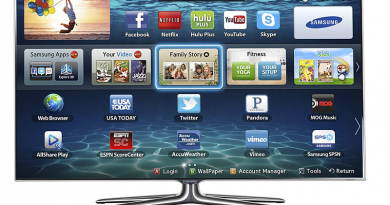 Does Samsung All Share App work with iPad and iPhone