Samsung has once again stolen the show with the release of the affordable Galaxy TabPro S. This tablet was made for anyone who was interested in Surface Pro 4, but was turned off by the price. Even for being so lightweight this tablet still packs a punch.

Powered by an Intel Core m3 processor, this tablet is well equipped to get any job done. Its 12-inch Super AMOLED Full HD screen brings vibrant content to life, while its attachable keyboard allows you to comfortably get your work done. Samsung outdid themselves once again by creating a tablet that’s thinner than the iPad Pro without manhandling our finances. This cheap alternative is sure to win over anyone who was doubtful about switching to Samsung.

Explore the Amazing Features of the Galaxy TabPro S

Creating a tablet that simultaneously appeases the working man & someone looking for mind blowing entertainment is no easy task. With our hectic schedules a tablet needs to be more than just a toy, it has to be able to handle a full workload. As we have seen in the past, fitting a Windows operating system inside a tablet is easier said than done.

Most PC apps just aren’t compatible with single tap access required on tablets, making mixing the two a nightmare. Fortunately Microsoft has made major strides with their evolving Surface line. Finally the bridge between tablet & laptop is being formed. The bad news? The price. An average Surface Pro runs from $899 to $1,799, keyboard not included.

That’s why the new Samsung Galaxy TabPro S is ready to shine. It harnesses all the power needed for Windows 10 & delivers jaw dropping graphics on its 12-inch AMOLED display. Powered with an Intel Core m3 CPU this tablet features a 128 GB solid state drive & 4 GB of PC memory. All this for $899, making it one of the cheapest options on the market. The keyboard is also included, giving the Galaxy TabPro S an edge over its competitors. You can tell that Samsung went the extra mile to please its customers.

Another plus is the Galaxy TabPro S is extremely lightweight. It measures at just 0.25 inches(0.63cm) thick, making it slightly slimmer than the iPad Pro & substantially thinner than the Surface Pro 4. The tablet alone weighs 1.5 pounds(0.69kg), with the keyboard bumping it up to a solid 2.4 pounds(1.09kg). This makes it a hair lighter than the 1.57 pound (0.71kg) iPad Pro & a tad heavier than the combined 2.37 pound (1.07kg) weight of the Surface Pro 4 & its keyboard. This elegantly thin tablet is blessed with a magnesium frame & plastic back.

While nothing negative can be said about the Galaxy TabPro S tablet, its keyboard leaves a little to be desired. It’s just a little too flimsy to support a 12-inch screen. The TabPro S keyboard allows you to tilt your screen between 2 angles & lock it into place with magnets. However the rear cover easily slips out of alignment, & if you aren’t carefull your tablet can flip down onto the floor. To switch in between angles you need to delicately separate the tablet from the magnetic case without dismantling the entire setup. One of our biggest complaints is that you cant flip the keyboard behind the screen & use it as a tablet. When you flip the keyboard the tablet falls asleep, forcing you to remove the keyboard to be able to use the Galaxy TabPro S as a tablet.

Aside from a few complaints about the keyboard this tablet is nothing short of impressive. Its amazingly thin design is sexy enough to seduce even devout Apple followers. It also does a brilliant job bringing the true potential of Windows 10 to life on a tablet. Samsung blew away the competition with the affordable price of this groundbreaking release. 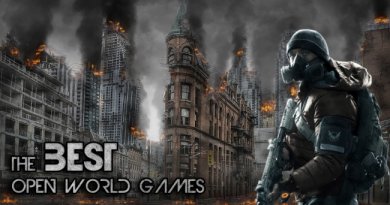 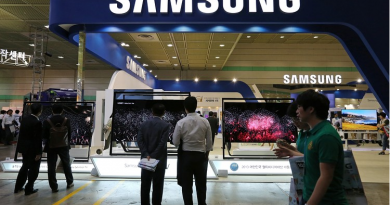