Samsung has just patented a revolutionary model of smart contact lenses. These lenses have the ability to project images directly into the user’s eyes. Predictions that smart contact lenses are the future of wearable technology are fueling a flood of investment in the industry. Major companies are scrambling to buy up as many patents as possible.

Now the Korean giant is jumping headfirst into this booming new market. This fresh patent is paving the way for Samsung to develop a whole new wave of wearable technology. They are up against some stiff competition, but that’s nothing new for Samsung.

Samsung aims to reinvent augmented reality with smart contact lenses. This patent is the first step in their journey. Their new prototype can display images directly onto the wearers eyes. Its groundbreaking built in camera is controlled by sensors that are triggered by blinking. Antennas built into the lenses then beam out content to be processed by an external device (likely a smartphone).

The concept of content being controlled by blinking is based on the features offered by the Google Glass. The Google Glass allowed users to take photos by winking. Samsung is fine tuning it by giving users a far less awkward option.

In the last few years smart contact lenses have transformed from a wild sci-fi fantasy into real products. This was first made possible in 2014 by a team of Swiss scientists at ETH Zurich. They were the first team to develop ultra-flexible transparent electronic circuits that could be used in contact lenses. This paved the way for Ophthalmic Electrochemical Sensors, an impressive duo of sensors & antenna. The sensors could read chemicals in the user’s tear fluid & broadcast the results from the eye to a portable device.

While Samsung is the latest tech giant to get a piece of the action, the first major company to invest in smart contact lenses was Google. Two years ago they made the first duo of patents in biometric sensor technology. Their cutting edge Ophthalmic Electrochemical Sensors allowed diabetics to be alerted when their insulin levels hit dangerous levels with smart contact lenses. The lenses are powered & communicate with remote devices through a pair of antennas. The electronics were strategically placed outside the retina to avoid hindering vision.

Even though these groundbreaking patents are stirring up a frenzy, they still have a long way to go to hit the mainstream. Google still has to get FDA approval before their glucose detecting contact lenses see the light of day. Samsung still has years of experimenting ahead of them before their lenses are available to the public.

However what these high profile patents are doing is giving us some insight into the future of wearable tech. As the public demands smaller & more incognito technology the most logical place to go is contact lenses. The epic failure of the Google Glass has shown that we don’t want to wear dorky gadgets. These new developments are just scratching the surface of the enormous potential of smart contact lenses. While Google has been investigating health benefits the most likely next breakthrough will undoubtedly be in entertainment. Samsung has cleverly put themselves ahead of the competition with their recent patent. It will be exciting to see what new developments come from it. 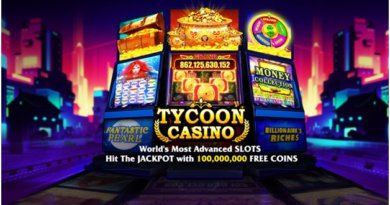 How To Get Free Coins At Tycoon Casino On Mobile?