2021 has been a great year for the PlayStation brand. PS5 just took the center stage in big events and shows, sharing information on upcoming games through small, Nintendo Direct-Esque streams called the State of Play. What to look forward to from PlayStation in 2021?

The PlayStation 4 is still ruling the roost with the exclusive Final Fantasy 7 Remake arrived in March alongside Nioh 2. If you’re a PlayStation 4 player, you should be excited about the swan song offerings of 2021.

Things are not that active on the PlayStation VR front. You will get to have a great experience if you own a headset. Sony is not going to release any new headset and the baseline PSVR will be compatible with the PlayStation 5.

Announced in August 2017 and re-emerging just two months ago, Biomutant is slated to release on May 25th. Not much has changed but its premise is still intriguing. Third-person combat with firearms and melee weapons; mutations and biomechanical body parts for customization; a Karma system and branching storylines; and much more await. There are even mechs, dynamic weather and various quests in-store as players venture to save the world.

This game is releasing on June 11th, Arc System Works’ finale to the Guilty Gear storyline that provides a much more streamlined approach to earlier titles. Nevertheless, each of the 15 launch characters has their unique play-style and combos to master, whether it’s Nagoriyuki’s Blood Gauge or managing Zato-1 and Eddie. The R.I.S.C Gauge and Roman Cancels offer significant depth, rollback netcode is offering a much better online experience, and the visual style looks incredible.

After the success of its predecessor, Sniper Ghost Warrior Contracts 2 aims to provide an even more realistic sniping experience. As the assassin Raven, you can venture into 5 new maps and complete 20 new contracts. The primary attraction is being able to snipe enemies from over 1000 meters away but you can still use many gadgets and weapons for a more up-close approach. This game will be out on June 5th.

The entire Star Wars saga – yes, even The Rise of Skywalker – will be playable when Lego Star Wars: The Skywalker Saga will release this year. There are 45 storylines available, though you can opt to play all the episodes in a non-linear order. Over 300 characters are playable while locations like Coruscant, Tatooine, Kashyyyk, Endor and even the Death Star can be played. With improved lightsaber combat, there are also third-person shooting and space battles to enjoy.

Turtle Rock Studios is coming back to its zombie-killing roots with Back 4 Blood, releasing on June 22nd. In this game, up to four players will team up in various missions to slay the undead while an AI Director pulls the strings, adding more enemies, decreasing visibility and so on. In addition, two teams can go head to head in PvP. Cards are a new element for PvE and work as modifiers for damage resistance, revive speed, melee stamina, reload speed, health and much more, offering even more replay value.

Teased in Little Hope, House of Ashes is the next macabre tale from the Curator. Very little is known, save for it being the first title in the series chronologically and featuring Pazuzu, the Sumerian king of demons. If it’s anything like its predecessors, expect various branching decisions which could lead to the death of some (or all) of the main cast along with multiple endings. The Dark Pictures Anthology: House of Ashes is currently slated to release this year.

The thrill for Capcom’s next Resident Evil has been increased, with its gorgeous environments and enigmatic characters making surges. What is the “village” that Ethan ventures to and how is Chris Redfield involved? Would you also come to terms with vampires and werewolves? There’s a lot we don’t know but the combat and exploration are spot-on so far. How it all will look on PS4 (and Xbox One) remains to be seen. Hopefully, we would see something different than Cyberpunk 2077 situation when Resident Evil Village launches on May 7th.

This game of Techland was looking very ambitious with its choices and consequences dictating the look and space of its open world. Plus, the parkour and combat looked responsive and seamless. Some of the excitement has dulled following its delay and rumored development troubles, but there is much more to explore its world, running away from Volatiles and goomba-stomping the infected. 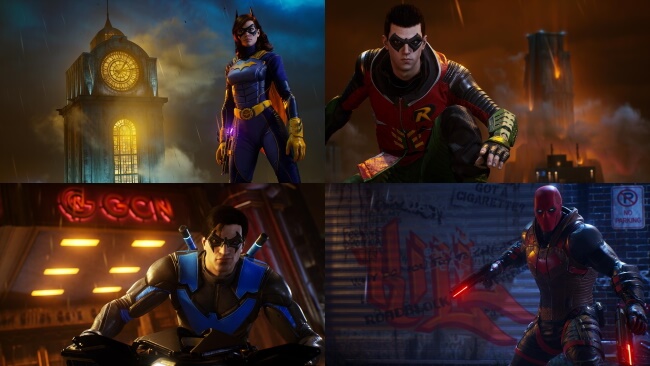 This City’s villains are tearing it apart as the Court of Owls looms in the background. As the Bat-Family, you will control Batgirl, Nightwing, Red Hood and Robin, each with their potential and upgrades, to save the city. Along with playing solo, there’s drop-in and drop-out co-op for up to two players and there’s no level-gating or live-service stuff. Gotham Knights are currently expected to release this year.

10. Kena: Bridge of Spirits – What to look forward to from PlayStation in 2021

This is an action-adventure game shaping up well, with detailed environments and solid-looking combat being recently displayed. The story is set in a fictional village that Kena seeks to restore, and she sets about guiding spirits to the afterlife. You will find small spirits called the Rot that will help her out, both in battles and to solve puzzles. The few story beats seen promise an emotional journey. It’s set to release on August 24th and we can’t wait to see even more.

The initial three Mass Effect titles along with (almost) all of their DLC in one package, re-mastered in 4K, is a great deal. But Mass Effect: Legendary Edition goes even further, adding a universal character creator, more character customization options, and several improvements to Mass Effect 1. Textures, models, and shaders have also been updated, making this a great way to experience the original trilogy. This is set to out on May 14th.

Lilith came back to the world of Diablo and ushered in numerous demons to terrorize humanity. There are four classes –Sorceress, Barbarian, Rogue and Druid – that rise up to oppose her with having unique play styles, abilities and spells. Although the isometric perspective remains, new features are an open world, PvP, world bosses and shared world elements. This title is still a ways off from release but thus far, it looks to be very promising.

You can either hit or miss the Ubisoft open-world games, but the Far Cry series has remained relatively solid. Far Cry 6 looks to take things further, adding themes of revolution. Set in Yara, it features guerrilla fighter, Dani Rojas, fighting against the despotic Anton Castillo and trying to topple his regime. Far Cry 6 is about to release later this year.

There are many more things in the pipeline in terms of new and revolutionary games and leaderships in 2021, it is sure to keep you entertained throughout this year. 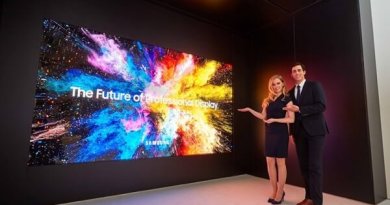 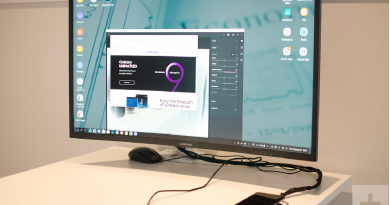