Samsung has just unveiled the latest edition to their highly anticipated line of tablets, the Galaxy Tab S3. The Korean tech giant stole the show at the Mobile World Congress trade show in Barcelona with this breaking news. It’s been over two years since the Galaxy Tab S2 was released, but it appears that it was worth the wait. The Galaxy Tab S3 packs a slew of premium features in a surprisingly sleek design.

Tablet sales are at an all-time low, so Samsung held nothing back with this release. If any tablet has the potential to revive the industry, this is it. No release date has been set, but experts predict it will debut in a couple months. Even though Samsung is treading carefully, we still managed to briefly get our hands on the coveted Galaxy Tab S3.

There was only one way to be sure, so we dove into the tablet to see if it lived up to the hype. After testing it vigorously, we examined it inside & out. What we found was shocking, this truly is an exceptional tablet. While it may be one of the best Android tablets on the market, it’s isn’t perfect. Explore the pros & cons of this show stopping release with our in-depth review!

First appearances are everything, & the Galaxy Tab S3 has a winning design. Samsung bestowed their renown glass & metal design to this new tablet. It proved to be a winning combination for their smartphones, & it looks equally appealing on a tablet. Both sides of the Galaxy Tab S3 is completely covered in glass. This gives it a seductive design that’s wrapped in a metal frame. Even though it’s gorgeous, it picks up fingerprints a little too well. This will force users to handle it with care, otherwise you will have to clean it every 5 minutes.

The dimensions of the Galaxy Tab S3 are also enticing. This 10-inch tablet is comfortable to hold, & feels like an iPad. Just like the competition, this tablet has a fingerprint reading home button on the bottom. It also has a USB Type-C charging port, headphone jack, 4 speakers, S-Pen & a MicroSD card slot. You can also purchase a keyboard separately, but it’s well worth the investment. These features allow you to enjoy all the amenities on the go.

Even though the looks are distracting, the features are equally impressive. It’s 9.7 inch AMOLED screen boasts 2,048 x 1,536 pixel resolution. There’s a 13 MP rear camera, & a 5 MP front camera for selfies. The tablet is powered by a 2.15GHz + 1.6GHz Qualcomm Snapdragon 820 processor. It also features 4GB of RAM, along with 32GB of internal file storage. If this wasn’t enough, users have the ability to expand with a MicroSD card. The tablet comes to life with the latest version of Android, Nougat. It’s 6,000mAh battery gives users 8-10 hours of batter life per charge.

All in all, there’s plenty to be excited about with the Galaxy Tab S3. It’s a premium Android release that has the potential to derail Apple’s monopoly on the tablet industry. It’s bold design can seduce even the most die hard Apple fan. The deciding factor will be the price, & we won’t know that until later. As long as it isn’t outrageous, this will be the tablet that makes history. We will find out when its officially released in a few months, until then we have to keep guessing… 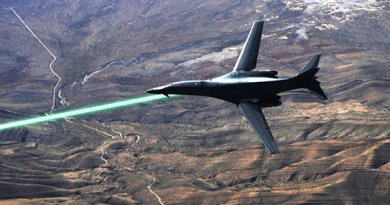 Only 5 Years Until Lasers Are Standard for US Air Force 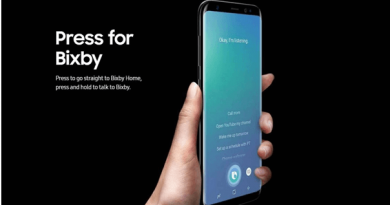