One month before its release, rumors are already swirling about the Galaxy Note 7. Even though Samsung has remained tight lipped about their next smartphone, credible sources have revealed shocking new features. Allegedly the next Note will indeed be bumped up to 7, & it will also feature an eye scanner. Even more specs have been leaked, leaving Samsung with few new announcements to make about this highly anticipated smartphone.

Notorious phone leaker Evan Blass is at it again, uncovering Samsung’s closest guarded secrets about the Note 7. Evan, better known as @evleaks, even got his hands on unreleased photos of the Note 7. The recently released pics confirm many of the previous rumors, some made by Evan himself. Samsung will skip straight to 7 on this next model. It will also feature the same dual curved screen as the S7 Edge & there appears to be an extra cutout for an iris scanner. These findings are nothing short of groundbreaking, & will further bolster Evan Blass’s credibility as a tech prophet. In the past he has made many accurate predictions, repeatedly giving the inside scoop on multiple smartphones.

Note 7 Leaked Features Are Sure to Impress

An iris scanner may sound preposterous, but this isn’t the first time Samsung has dabbled in eye sensing technology. They first attempted a groundbreaking feat with the Galaxy S4. It came with an eye tracking feature that allowed clients to scroll up & down pages with their eyes. Unfortunately, it didn’t work well & was rejected by users.

This time around Samsung has had plenty of time to fine-tune this futuristic feature. Instead of scrolling through pages, the Note 7’s iris scanner will be an alternative security feature. While many believe that finger print scanners are adequate deterrents, it does have its flaws. If someone is hell bent on getting into your phone they can make a mold of your finger print. This would allow them to cheat the sensor & access your data. Since all of our iris are unique, an eye scanner would alleviate any worry of people being able to hijack your phone. All you would have to do is look at your phone & it would unlock. Welcome to 2016!

The leaked features aren’t confined to the Note’s name or looks, the inner workings have also been unveiled. The Note 7 will be powered by a Qualcomm Snapdragon 823 processor that’s fueled by a 4,000 mAh battery. Its 5.7 inch screen will feature a Quad HD Super AMOLED display, so we will have to wait for the Galaxy S8 for a 4K Ultra High Definition screen. The Note 7 will sport 6GB of RAM & 64GB of internal storage with a microSD card slot. It will also be IP68, making withstand dust & up to 5 feet of water for 30 minutes.

Even though Evan Blass has a solid track record, the jury is out until Samsung makes a statement. The Note 7 is set to release in early August, so we won’t have to wait long for an official list of specs. With techies already clamoring for more, the Note 7 is set to be one of the biggest releases this year. If these rumors are true, Samsung is ready to steal the show in 2016. 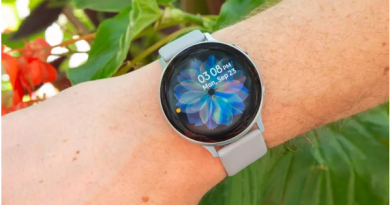 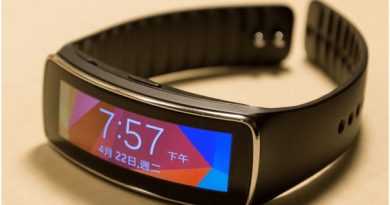 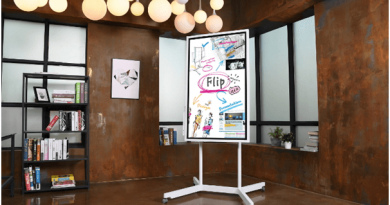 What is Samsung’s Digital Flip Chart and where to buy in Australia?