When it comes to new smartphones in 2018, all eyes are on the Galaxy S9. Just like with previous years, Samsung is leading the way with an epic release. The S9 is the first flagship phone of the year, and it’s setting the standard for what other phones should include. While it isn’t wildly different from the S8 in terms of design, there are plenty of improvements that clients will appreciate. From an improved camera to better software, the S9 has enough charm to win over the most jaded mobile user.

For those who are looking for a new phone to upgrade to, the Galaxy S9 is an enticing option. It sports a gorgeous design that’s backed up with enough quality features to blow away the competition. To give our users a feel for what the S9 is capable of, we tested it out for a day. After pushing it to its limits, we created the most in-depth review online. Prepare to get an intimate look at Samsung’s latest release. There’s plenty to be excited about, so let’s dive into the details!

When holding the Galaxy S9, it’s impossible not to be reminded of the S8. That’s because the designs are almost identical, with just a few subtle changes distinguishing the two. While this lack of variation may disappoint those with last year’s release, it will still seduce anyone with older phones. The Galaxy S9 sports the same slim-bezel design that sent consumers into a frenzy last year. It has a 18.5:9 ratio display with a 5.8-inch OLED screen that’s 15% brighter than the S8. It’s also got a glass back and a 3.5mm headphone jack.

While finding a flagship phone that still has a headphone jack is exciting, Samsung also made a noticeable tweak. The fingerprint scanner is now located just below the rear camera. This allows users to unlock their phones without accidentally smudging their camera lens. Moving the scanner officially addressed the biggest complaint about the S8, which is a relief for those purchasing the S9. Samsung also provided another way to sidestep this security feature with a dual face-scanning and iris-scanning feature. These options get switched between depending on lighting conditions.

Another improvement is the new speakers. The S9 now has stereo speakers that are 1.4 times louder than the S8’s. This was achieved by installing front firing speakers at the top of the display that are accompanied with a bottom firing speaker. Overall, these AKG tuned dual speakers are a welcome addition.

Under the hood, the S9 boasts more powerful software than the S8. It’s powered by the Qualcomm Snapdragon 845 SoC in the United States and Samsung’s Exynos 9810 in other countries. While these features are novel, the other specs remain the same. The S9 has 4GB of RAM while the S9 Plus has 6GB. Users can choose between 64GB or 128GB versions that all have MicroSD slots to further amplify storage. All this is powered by a 3,000mAh battery for the S9 and 3,500mAh batter for this S9 plus.

Out of all the new features, the most exciting is the camera. While it still shoots 12MP, the image sensor is improved for better image processing. The lens can also automatically switch from a f/1.5 aperture to a f/2.4 aperture. This paves the way for improved low light shots that have noticeably less noise than the Galaxy S8.

At the end of the day, Samsung perfected last year’s design with the S9. It’s a gorgeous phone that’s backed up with powerful software. Due to the uncanny similarity, users with the S8 will probably want to wait till next year to upgrade. Even though it’s lack of design change may disappoint some, the S9 still sports enough progress to impress new customers. 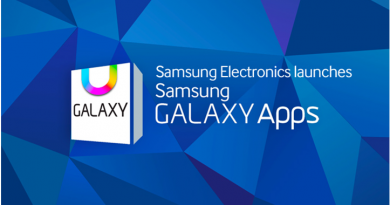 What are the top 10 best apps for the Samsung Galaxy?