Samsung announced that the Galaxy Book is officially available for preorder throughout the U.S. This is welcome news for business professionals & writers alike, since it opens doors to a slew of work options. The Galaxy Book comes in 12 inch & 10.6 inch formats, which gives users two sizes to choose from. Sporting a sleek & easily portable design, this device is perfect for getting work done on the go. This daring release will be available through Verizon later this month, while Wi-Fi unlocked versions will be available late May.

Many claim that this release is set to shake up the industry. For years people have demanded a premium alternative to laptops. Other tablets don’t have enough power to compete, so this design has to be just as capable as it is portable. Critics claim that Samsung hit the sweet spot with the Galaxy Book. To see if this release is worth the hefty price tag, we decided to put it to the test. The results we found were shocking, so prepare to be blown away by this review!

“Today’s young professionals and entrepreneurs require a device that allows them to work without any limitations,” said Alanna Cotton, vice president and general manager of product marketing at Samsung Electronics America. “We are excited to bring to market the Samsung Galaxy Book LTE and Wi-Fi models, offering a 2-in-1 PC portfolio that delivers on power and performance.”

Freelancers have continuously clamored for a powerful mobile tool, & the Galaxy Book promises to be their salvation. By all accounts, the Galaxy Book fits every qualification that someone would need. Both new models offer full PC capabilities that are packed into an exceptionally sleek design. The 12-inch version features 7th Generation Intel Core i5 processor, which is complemented by a Dual Core 3.1 GHz. The 10.6-inch version is just as impressive, with an Intel Core m3 processor. This is backed up by a Dual Core 2.6GHz, so both models are able to run Windows 10.

Even though the processors are impressive, the Galaxy Book’s storage options are where it shines. The 12-inch LTE version from Verizon offers 4GB of RAM with 128GB of storage capacity. The 12-inch Wi-Fi version sports 8GB of RAM with a whopping 256GB of storage. Both 10.6-inch models feature 4GB of RAM & 128GB capacity. All four models can be expanded with a microSD card, so the amount of storage is staggering. To make things even more enticing, the battery packs a punch. Powered by fast charging, the Galaxy Book can support 11 hours of video playback on a single charge.

As travelling workers scramble to pre-order a copy, Samsung is adding extra perks to this release. Starting late April, a 12-inch LTE model of the Galaxy Book will be available from Verizon Wireless for $1,299.99. This is a daunting price tag, but there are still more options for users. Pre-orders for the Wi-Fi models of the Galaxy Book are skyrocketing, since it costs $1,129.99. That’s nearly $100 less than the Verizon model, but there’s still a better deal for frugal shoppers. Pre-orders for the 10.6-inch Wi-Fi model are going for $629.99, giving people a more affordable option.

Even though this release has a hefty price tag, it will undoubtedly take the market by storm. This is the first time that someone has offered a premium tablet that features the raw power of a PC. It’s easily connectable keyboard offers all the amenities anyone could desire while working. Throw in the coveted S Pen & you have a tablet that’s ready to take over the industry. 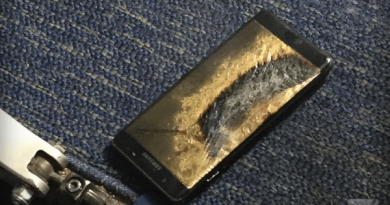 Splash in water, tough with the wind, raked not to break – Samsung Galaxy Xcover 3 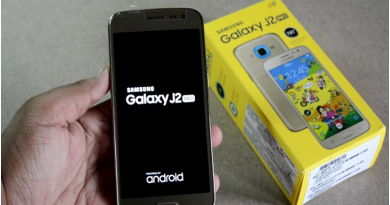 Which Samsung’s smartphone cannot connect to the Internet and gives some relief from the web?