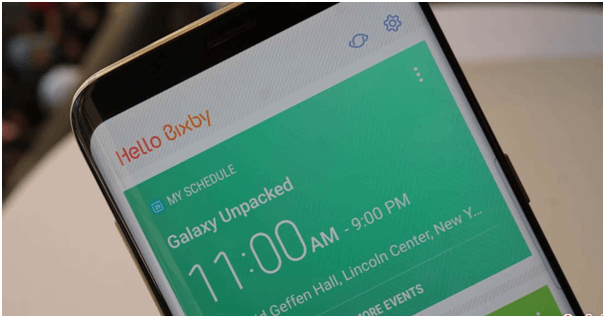 Samsung’s Bixby AI has landed in the US lately and users of social media started to notice the company’s loaded, sexist characterisations of its female and male voices. Inside Bixby’s “language and speaking style” menu, Samsung describes its female voice as “chipper” and “cheerful”, while the male voice is described as “confident” and “assertive”. These words appear in the main Bixby menu where users are asked to pick a gender for the service’s voice.

If you still are not aware who Bixby is then know that it is Samsung’s new digital voice assistant that debuted on its latest smartphones. It has its own dedicated button on the side of the device, letting you communicate with the artificial intelligence like you’d use a walkie-talkie. Bixby with its “Vision, Home and Reminder” functions identifies objects in photos, help you track your day and remind you about upcoming events on your calendar.

@SamsungMobileUS #bixby Um… Those are hashtags in the actual Bixby menu. Maybe #Samsung should rethink them. #confident #assertive #clear pic.twitter.com/BVMwRl4J5D

Before rolling out Bixby was tested out with over 100,000 Galaxy S8 and S8 Plus users in its early access preview program. Those participants generated more than 4 million commands and helped Samsung refine Bixby’s capabilities.

Bixby offers “increased comprehension on command variations.” You can, for instance, ask what the weather is like by saying “Show me today’s weather,” “What’s the weather like today?” or “What’s the forecast today?” According to Samsung it has improved Bixby’s response times, increased hands-free operations and included a new “read aloud feature.” You can ask it to read the latest email you’ve received.

On the Galaxy S8, Bixby can be launched using a dedicated button on the side of the device: a short tap to hit the Bixby home screen with a user’s personal data like calendar reminders or step tracking or restaurant recommendations, and a long press to launch Bixby’s voice recognition and text-to-speech contextual responses for running commands. 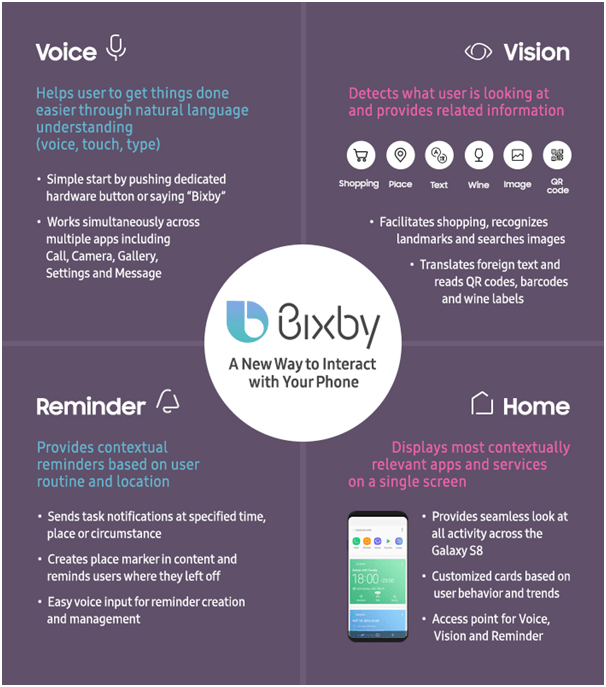 Samsung also has worked to make Bixby interact better with third-party apps. If you’re using Google Maps, you can use Bixby to change the location of your origin or destination.

Bixby is the latest entrant in the crowded field of digital assistants that already includes Apple’s Siri, Amazon’s Alexa, Google Assistant and Microsoft’s Cortana.  Every tech heavyweight is investing in these assistants because they’re heralded as the future of how to interact with our gadgets. The hope is to build a relationship with you now and ultimately get you to buy more of their products later.

Samsung’s going about AI differently than its rivals, though. Its primary target with Bixby is helping you control your phone instead of querying the web for answers. The company believes artificial intelligence is the next major wave of computing, and Bixby is the manifestation of that belief.

Bixby is not available for Aussies as yet it needs to be localised for Australian services and to handle the voice input of Australian’s particularly distinctive accents. Until it does debut, you’ll still be able to use Bixby’s home screen as an activity tracker, personal reminder and recommendation service. Samsung also intends to roll Bixby out onto its other connected gadgets like smart TVs in future months and years. 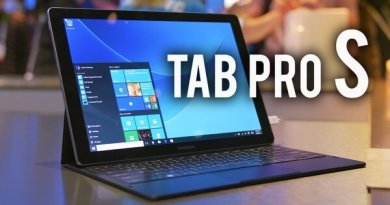 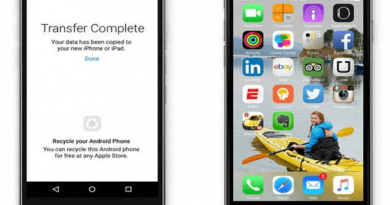 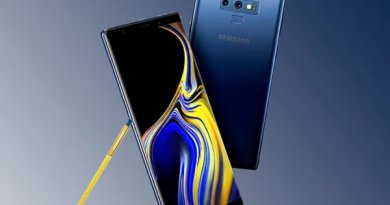