This year has proved to be action packed, and the Android app releases were no exception! Despite the market being flooded, apps are continuing to explode both in popularity and innovation. Out of all the platforms, Android is picking up the pace. What were once inferior games to iOS have become on par or better. This drastic shift in the industry was sparked by improved Android phones. The newest releases have captivated everyone’s attention to the point that developers can’t ignore Android.

Now that Android phones have proven their worth, it’s time for their games to up the ante. Luckily, 2017 was a banner year for Android games. A slew of releases has once again proven that Android is a platform that can’t be missed. With so many games to choose from, plenty of quality releases get overlooked. For this reason, we compiled a list of the best Android games of 2017. Prepare to be blown away by their audacity, these games are in a league of their own!

Android Game #3: No Stick Shooter – This game manages to artfully blend retro arcade games with modern touchscreen controls. From the get-go, players are hurled into a fast-paced race against the clock. Aliens are attacking earth, and it’s up to each contender to thwart their attack. All players have to do is tap the screen to shoot a series of weaponry at the intruders.

While it may seem simple, the game carries a surprising amount of strategy. Each armament needs time to recharge while some work better on different types of opponents. This variation makes this game a strategy-laced precision shooter on steroids. There are thirty action packed levels to choose from which rope players into an enticing adventure. From switching to the right weapon to barely escaping destruction, this game is sure to get anyone’s blood pumping. The graphics are also great, so it’s easy to immerse yourself in the game!

Android Game #2: Super Samurai Rampage – Sometimes the best games are the ones who make no attempt at being realistic. That’s certainly the case with this gory retro game. Players are instantly thrown into a manic samurai’s rampage. The master’s movements are controlled by an interesting combination of swipes.

Swiping left makes you lunge in that direction while murdering anything in your path. Swiping up causes the karate master to leap up in the air. While airborne, players can move the samurai in any direction as he mercilessly swings his blade. It’s a bloody parade of death, but it’s undeniably captivating. See how many bad guys you can eliminate with this action-packed game!

Android Game #1: Riptide GP: Renegade – Just like the first two releases, this game takes users into a beautifully constructed world. The graphics are so spectacular that it’s impressive that they are supported by smartphones. This futuristic racing game pits users against some of the most dangerous feats as they pursue glory on the track.

While it’s a die-hard racing game to the core, there’s still room for upgrades. The career mode lets users earn cash and customize their ride. Even though the storyline can be a bit repetitious, this game is absolutely breathtaking. Race through this vibrant world at full speed! 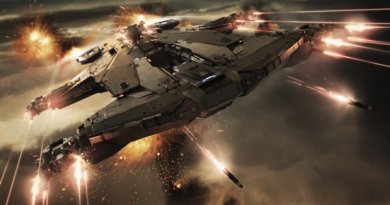 Video Game Producers To Keep an Eye On In 2019 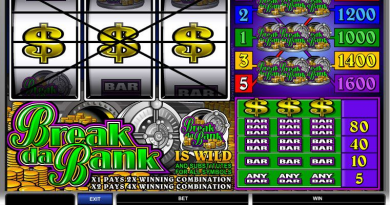 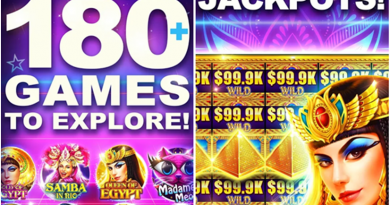